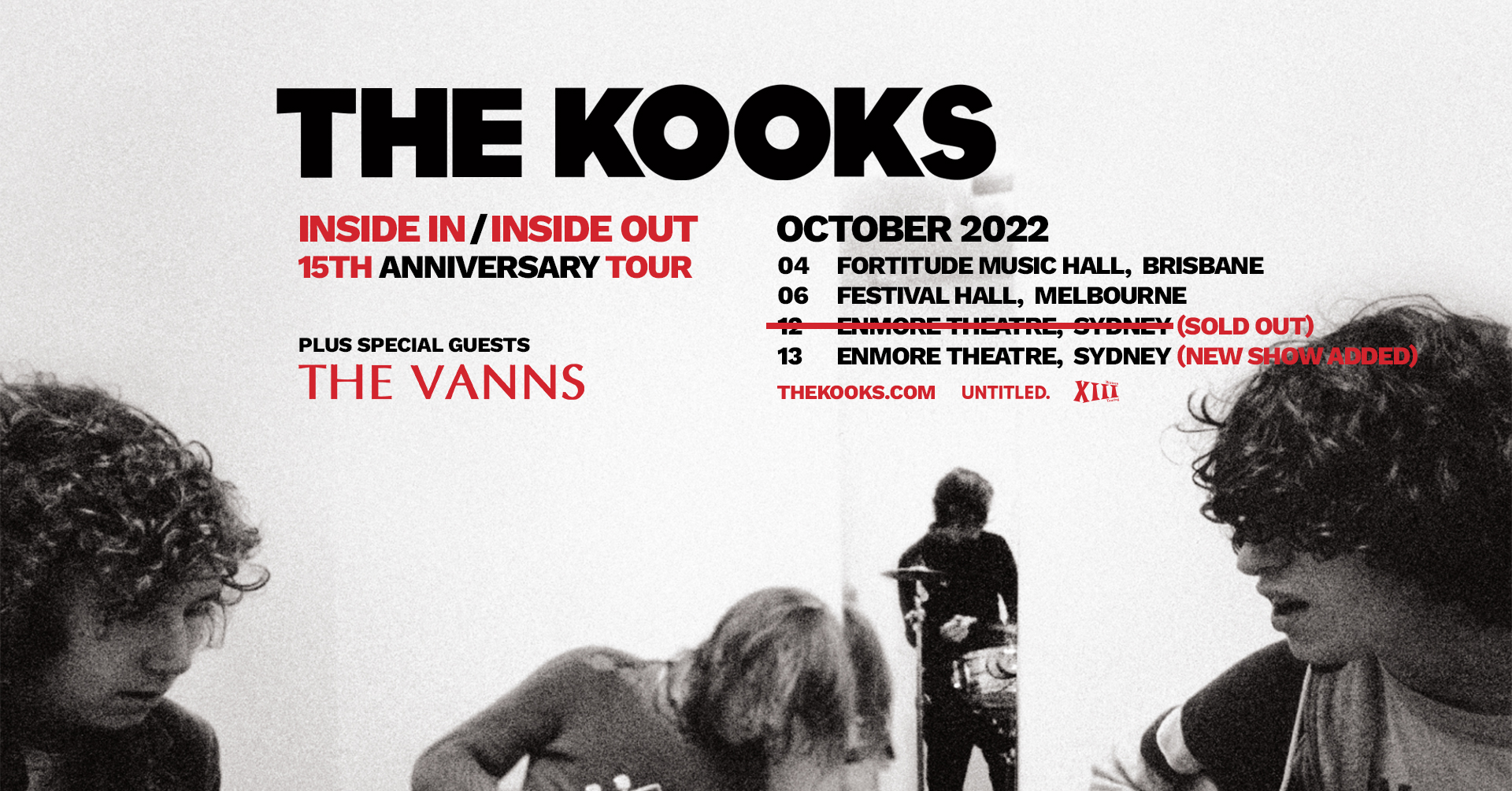 Celebrating 15 glorious years since the release of multi-platinum ‘Inside In / Inside Out’, The Kooks will perform their iconic debut, alongside other career-spanning tracks, with support from The VANNS.

With the first Sydney show already sold out, Melbourne & Brisbane aren’t far behind, so buy your tickets now!