The tour is in support of Biffy Clyro’s seventh studio album “Ellipsis”. The tour begins April 27th in Melbourne at Forum Theatre followed by Brisbane at Eatons Hill on April 29th and finishing in Sydney at Enmore Theatre on 30th April. Tickets go on sale this Wednesday 25thOctober at 10am.

The last album debuted at #15 on the ARIA album chart. It’s their second to hit the ARIA top 50, following on from Opposites (#22 Feb. ’13) and is their second consecutive #1 in the UK.

Critics praised Ellipsis, the band’s most successful album to date, nominated for “Best British Group” at the recent BRIT Awards as well as “Best British Group” and “Best Festival Headliners” at the NME Awards. You can watch the music video for “Wolves of Winter” here and “Flammable” here.

Biffy Clyro played headlining sets at the Reading and Leeds festivals in the UK. Footage of the band performing their song “Howl” and single “Re-arrange” in front of a massive crowd can be seen by clicking the links. The UK-based publication The Guardian called Biffy Clyro’s Reading and Leeds performances, “Triumphant set from champions of stadium rock.”

Tickets are on-sale from 10am on Wednesday 25th October 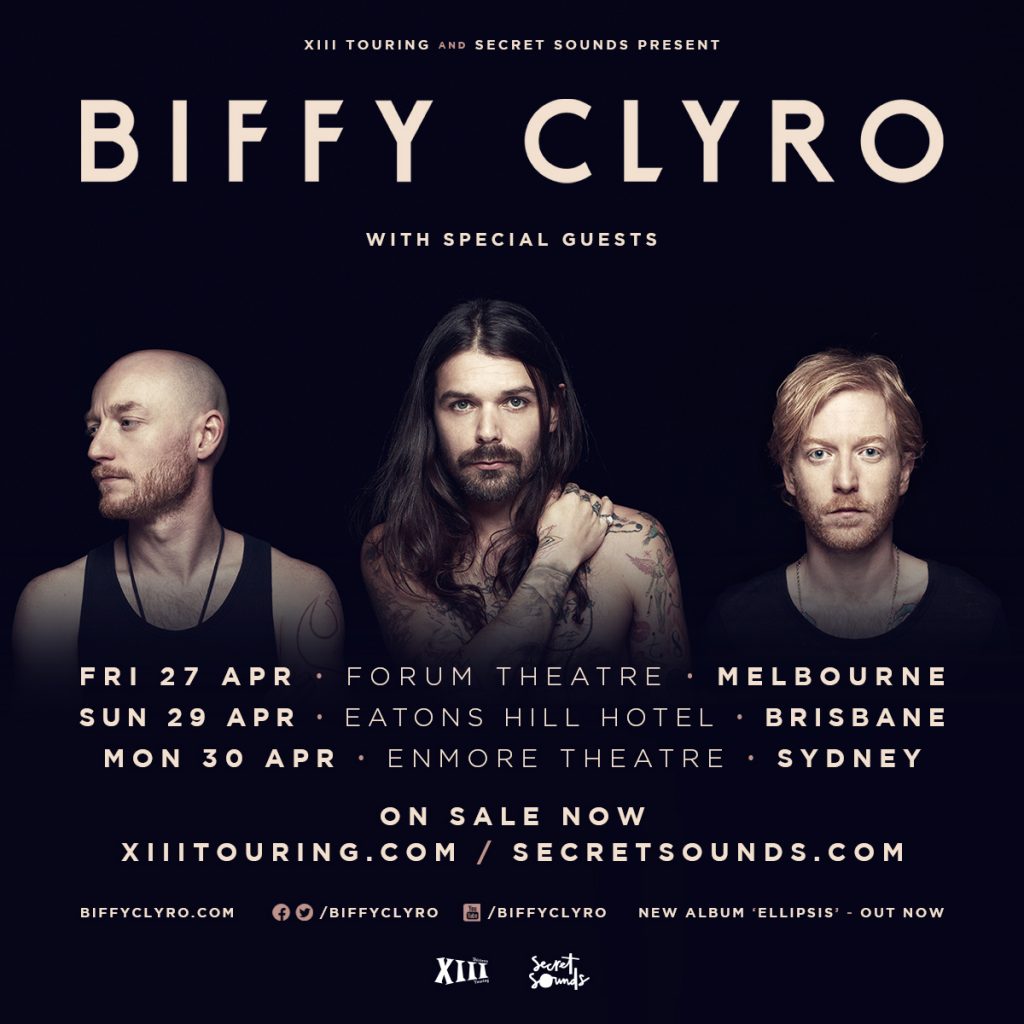